Save The Bees This Earth Day

Imagine walking into your favorite grocery store only to find over half of the fruits and vegetables gone, just gone nowhere to be found, no grapes, oranges, apples, berries of any variety, tomatoes, peppers, broccoli, olives, onions, well, you get the idea.  In order to focus attention on their Share the Buzz campaign that’s exactly what Whole Foods did through photography. In 2013 Whole Foods photographed a fully stocked produce section exactly as we would see it any day of the week then they photographed another section with all of the bee-reliant fruits and vegetables removed, 52 percent of the micronutrient rich fruits and vegetables gone. Now, imagine your entire grocery store. The truth is that this could be our future sooner than we can imagine if our bee colonies continue to decline at current rates. Fact is, according to an entomologist with the University of Arkansas, “of the 100 crop species that supply 90 percent of the world’s food, bees pollinate more than 70 percent.” 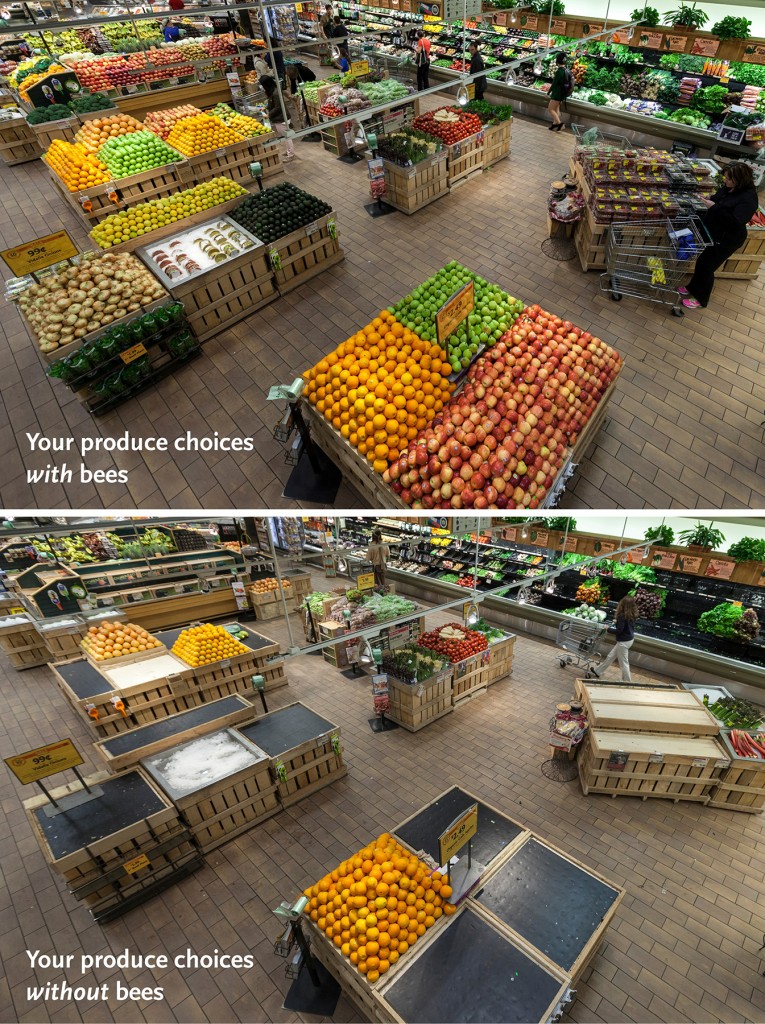 Bees inadvertently have an important impact on our lives, yet according to Earthjustice.org, since the mid-2000s approximately one-third of all honeybees in America have vanished. Now the big question is why are the bees vanishing? Beekeepers agree that throughout history bee colonies have died out, fallen victim to mites, viruses, fungi, or extreme weather conditions, but prior to the widespread use of neonicotinoid pesticides introduced in the late 1990’s beekeepers usually only experienced around a yearly 6 percent colony loss. So if neonicotinoids, a class of pesticides that include imidacloprid, clothianidin, and thiamethoxam are the culprits in the death of the bees, have they been found to be a danger to humans and why have we yet to banned their usage? Truth is there’s been little solid evidence that neonicotinoids are either a health hazard to humans or are to blame for the massive bee deaths often referred to as colony collapse disorder (CCD). Until recently it’s been more of a he said she said scenario. Beekeepers state that if the pesticide use is widespread covering acres or the concentration sprayed on crops or plants is too strong then the bees can’t take the toxicity and die immediately. They believe that even if the bees’ contact with the pesticide is minimal that it still causes the bees to become disorientated, experience impaired communication with the colony or can weaken the bee’s immune system leaving the bee susceptible to mites and viruses. The chemical companies and some members of the agricultural community that depend on the pesticides disagree and state that it’s not the pesticide that is killing the bees, but rather that mite infestation, viruses, starvation, and perhaps even beekeepers neglect that is to blame. To be fair, there are of course others within the agricultural community that choose to error on the side of safety and not use the pesticide, however because 90 percent of all corn seeds are coated with neonicotinoids, they are unable to purchase crop seeds that have not already been soaked in neonicotinoids.

As more independent studies begin to emerge that indicate that neonicotinoids are not only a leading factor in CCD, but are also proving to be harmful to birds, earthworms, butterflies, and other wildlife, Americans are beginning to unite, demanding that an end to the use of neonicotinoids. In fact, last year alone millions of American signed petitions insisting the Obama Administration ban the use of these pesticides. Sometimes it seems, only in America do we introduce products to the market without fully investigating the effects of the product. Countries such as Germany, France, and Italy banned neonicotinoids years ago after conducting their own studies independent of the chemical manufacturers, concluding that these pesticides proved to pose to high of a risk to their bee population.

So what’s being done to protect our bees here in America? Americans have been speaking out not only with their voices, but with their dollars, refusing to purchase plants or shrubs for their homes that have been treated with neonicotinoids forcing nurseries, landscaping companies, and large retailers such as Home Depot, BJ’s Wholesale Club and now Lowe’s to provide them with pesticide-free ornamental plants. The U. S. Environmental Protection Agency (EPA) has put a moratorium on new or increased use of neonicotinoids while it has time to assess the possible danger to bees. The Obama Administration has established a committee, the Pollinator Health Task Force to evaluate the effect of neonicotinoids on the pollinators. Environmental groups are actively providing information regarding the use of these pesticides to the general public. Communities are setting aside bee friendly areas free of pesticides. Individuals are taking the time to spread untreated wildflower seeds in open areas so that bees have plenty of healthy nourishment. Even some airports are getting in on the action, taking the initiative to establish new hives in marshlands and empty fields surrounding the airports.

We all have to play our part to insure the future of our bee population. Remember 1 out of every 3 bites of food that we eat is dependent on healthy bees. So if we don’t want to walk into an almost empty grocery store one day soon we had all better get to work. 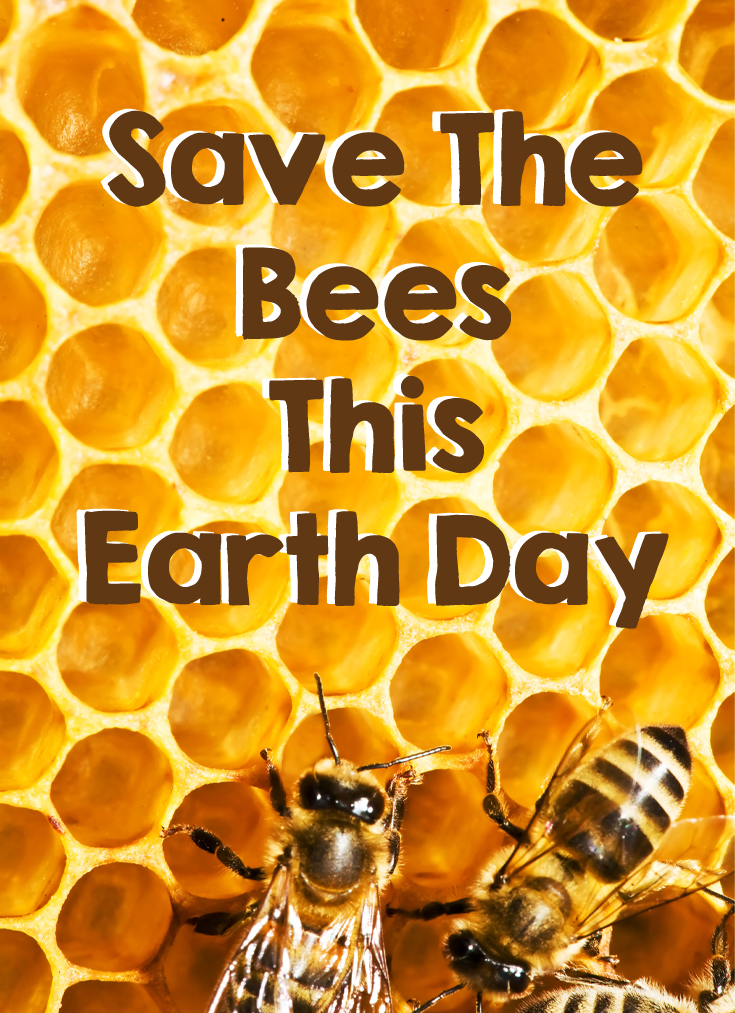