Are There Health Benefits to Chocolate? (you'll love this recipe!)

Our friend, Dave Asprey is about to release his new book, The Bulletproof Diet. Dave was kind enough to put together this article for our Calton Nutrition readers. What we love most, is that he’s not just telling you want you want to hear to sell books: In fact, he cites 229 scientific studies in the book (on top of his own 15 years and $300,000 worth of personal research). His article today is informational, and a bit of a preview for you to see what's to come.

We know you'll enjoy (PS – we added in a special recipe for you at the end!)

Chocolate Does Good Stuff You Didn’t Know About

We’re not talking about junk chocolate in candy bars and sweet desserts; dark chocolate has a long history being used as a healing plant, a mood enhancer, and even an aphrodisiac. So you’re in luck: you can indeed use high quality chocolate to take control of your performance.

You’ve probably read that chocolate affects your brain by causing the release of the “happiness neurotransmitters” – serotonin, dopamine, and endorphins.[1] Like coffee, chocolate is also a potent source of polyphenol antioxidants.

But experienced chocolate hackers also know chocolate to be a useful tool for improving performance in lesser-known ways. In fact, cacao exerts a systemic effect on the body, with benefits ranging from improved healthy blood flow and cognition to beneficial alterations in gut bacteria! Here are some of the most important benefits of chocolate (besides taste…).

Theobromine 101: The Magical Molecule In Chocolate Much Like Caffeine

There’s more than one reason both dark chocolate and coffee fall in the green zone of The Bulletproof Diet. Both are rich sources of polyphenol antioxidants. In addition, theobromine, the molecule in chocolate that is similar to caffeine, is the primary alkaloid found in cocoa that is responsible for multiple positive effects.

Although theobromine is present in other plants, it is relatively highly concentrated in dark chocolate, with measures between 237-519 mg per 50g.[27] Many of its effects are similar to those of caffeine.

Due to the molecular makeup of theobromine, while it promotes energy in the body, it doesn’t exert its effects on the central nervous system – so its effects are a more ‘gentle’, feel-good type of energy. Also, due to its molecular makeup, theobromine takes longer to clear from the body systems – allowing for a longer effect!

Coffee and chocolate are also both potent sources of beneficial polyphenols. Chocolate, despite its significantly lower caffeine content than coffee, has its own unique polyphenols, including the remarkable flavanol epicatechin as well as larger molecules which act as prebiotic fiber that benefit your gut bacteria.

Caveat #1: Sugar Reverses Chocolate
By now you may be interested in picking up some chocolate, but be sure you get one with as little sugar as possible, or even none.

While research shows that cocoa can have a beneficial effect with regards to maintaining healthy vascular tone and insulin sensitivity, the reverse is true for sugar. Eating sweetened chocolate is still not good for you. Beware of chocolate marketed as “sugar free” that may contain unhealthy artificial sweeteners, which are found in the “kryptonite” zone of the Bulletproof Diet Roadmap.

Caveat #2: Chocolate Is More Contaminated With Mold Toxins Than Even Coffee
Unfortunately, due to intensive farming techniques and poor agricultural, processing, and storage practices, much of the world’s chocolate supply is contaminated with meaningful levels of mold toxins. One of the more insidious and dangerous forms of mycotoxin, ochratoxin A, was present in 98% of samples tested in one study.[36] Of those contaminated with ochratoxin, the study found an 80% co-occurrence of aflatoxin as well. As you may know from reading my other research, mycotoxins amplify each other when more than one is present.

The problem starts because cacao trees are often infected with fungi and molds, as you’d expect from a tropical crop.[37] Roasting moldy beans destroys the actual fungi, but it doesn’t destroy many of the toxins already produced by the fungi. Cocoa beans can become hosts for mold producing fungi during pre-processing at the farm, but this is particularly likely when beans are dried and stored for extensive periods.[38] The good news is that one study found that the processing of cocoa beans into a finished product resulted in a 93.6% decrease in ochratoxin A.[39] My experience is that mold toxins vary greatly from batch to batch and from brand to brand, and a brand with “clean” chocolate this month may not be clean the following month.

If you don’t have Bulletproof chocolate, keep the following in mind while selecting and eating chocolate:

We know you're going to just love Dave's new book, and today, we have a twist on one of his recipes for you! When you get your copy, flip right to the back and browse through the 40+ recipes that combine ingredients like real butter, coffee and chocolate into delicious meals and snacks that kill your cravings.

Makes 4 puddings to be used as meal replacements!

Note: If you are trying to gain a lot of muscle, you may want to add in an additional 4 scoops protein powder so that you will have a total of 2 in each of the 4 puddings.

It is so good … you may never want a solid meal again!

When you get your copy of The Bulletproof Diet, remember to forward a copy of your receipt to bookbonus@bulletproof.com and Dave will even hook you up with a complimentary instant-download copy of his book, “The Upgraded Chef” – full of even more craving-destroying recipes.

And if you prefer to support your local bookstore and buy The Bulletproof Diet “offline”… you can simply take a quick snapshot of your receipt on your phone and send it to the same email address to claim your bonus.
(Click the image below to pin this recipe for later!) 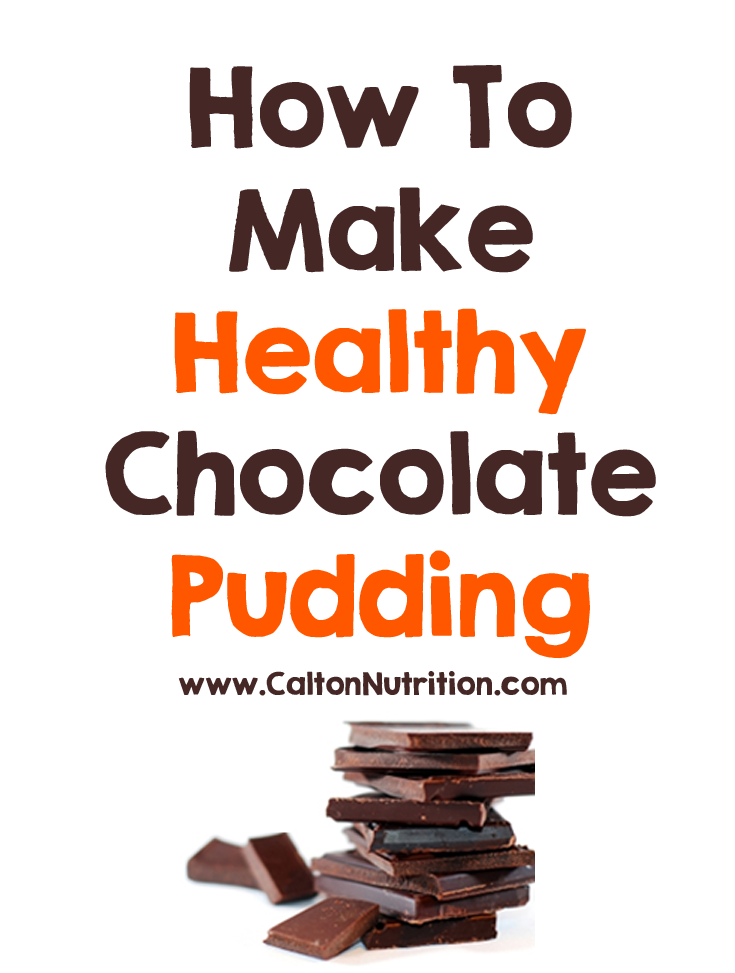