The Caltons are among the world's leading experts on the topics of weight management, lifestyle medicine and micronutrient deficiency. Their high success rate working with adults and children to achieve sustainable weight loss and reverse health and disease conditions has made their consultancy highly sought after by celebrities, athletes and top corporate executives around the world. It is their belief that becoming micronutrient sufficient is the first step towards preventing and reversing many of today's most prevalent health conditions and diseases. 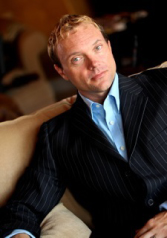 Jayson B. Calton, Ph.D., FAAIM, DCCN, CMS, CISSN, BCIH, ROHP, A.M.P is a Fellow of the American Association of Integrative Medicine, a Diplomate of the College of Clinical Nutrition and is a Board Certified Micronutrient Specialist. Dr. Calton is also Board Certified in Integrative Health, Alternative Medicine, and Sports Nutrition, and is one of only seven Registered Orthomolecular Health Practitioners in the United States. He has worked with thousands of international clients over the last 25 years, and specializes in teaching his unique nutritional and lifestyle therapies to adults and children with obesity, diabetes, high triglycerides, high cholesterol, high blood pressure, immune system disorders, cancer, heart disease, ADD/ADHD, candida, HIV, seizures, celiac disease, osteoporosis, multiple sclerosis, migraine headaches, depression, crohn’s disease, and fibromyalgia. Dr. Calton majored in Molecular/Microbiology (pre-med), at the Burnett Honors College, School of Biomedical Sciences and holds a Masters of Science degree and a Ph.D. in Nutrition. He has completed post-doctoral continuing medical education at Harvard Medical School, Cornell University and Yale University School of Medicine. Dr. Calton has sat on the Board of Directors for the American Holistic Health Association (AHHA), and the National Association of Nutrition Professionals (NANP) in the U.S., and on the National Education Committee for the International Organization of Nutritional Consultants (IONC) in Canada; and is currently on the American Board of Integrated Health (ABIH) and the Board of Review for the Journal of Functional Foods in Health and Disease. He is an active member of numerous medical and nutritional associations and has been lead author of several scientific papers in peer-reviewed journals. Dr. Calton is passionate about helping people understand the connection between micronutrient sufficiency and optimal health and is committed to the fight against obesity. 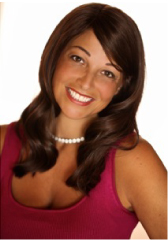 Mira Calton, CN, FAAIM, DCCN, CMS, CPFC, BCIH is a Licensed Certified Nutritionist, a Fellow of the American Association of Integrative Medicine, a Diplomate of the College of Clinical Nutrition, a Board Certified Micronutrient Specialist, Certified Personal Fitness Chef, and is Board Certified in Integrative Health. She holds a Diploma in Comprehensive Nutrition from Huntington College of Health Sciences, and has completed the Yale University School of Medicine’s OWCH (Online Weight Management Counseling for Healthcare Providers) program and sits on the American Board of Integrative Health (ABIH). Mira’s interest in the world of nutrition came by way of personal experience. Prior to beginning her life in the nutritional spotlight, she owned and ran her own successful public relations firm in Manhattan specializing in high-end fashion, film and restaurant promotion. She traveled and lectured extensively throughout Canada and the United States to large corporate clients such as Johnson and Johnson, Price Waterhouse Coopers, CitiGroup and ING direct. However, her bustling career came to an abrupt halt when she was diagnosed with severe osteoporosis at the age of 30. No longer able to run the thriving public relations firm that she had worked so hard to build, Mira went on a mission outside of the traditional medical community to find an answer to her dismal diagnosis. Her drive and determination led her all the way to Orlando, Florida where she met nutritional guru, Jayson Calton. The two worked together to create a drug-free, micronutrient based program, which not only completely reversed Mira’s advanced osteoporosis, but also inspired them both to make the study of micronutrient deficiency the focus of their lives.
In 2005, the Caltons were married and set sail on an unconventional honeymoon, a 135-country, 7-continent, 6-year global expedition they called “The Calton Project.” Their goal was to observe people from vastly different regions in remote, semi-remote, and urban settings, to discover how specific dietary patterns and lifestyle choices effected the development of modern disease. From camel treks thru the Sahara to visit troglodyte dwellings in Tunisia to five-hour canoe rides deep into the Amazon jungle to study the remote tribes surviving there, the Caltons have ventured farther and longer than they could have ever imagined. Their exhaustive research has led them to conclude that micronutrient deficiency is at the root of most of today’s most prevalent health conditions and diseases and that through a micronutrient sufficient lifestyle it is possible to prevent and even reverse many of these debilitating and deadly conditions. 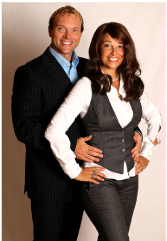 As the authors of four bestselling books (Naked Calories, Rich Food Poor Food, The Micronutrient Miracle, and Rebuild Your Bones) and founders of Calton Nutrition and the Calton Institute of Lifestyle Medicine, the Caltons dedicate themselves to their belief that micronutrient deficiency is the most widespread and dangerous health condition of the 21st century. They continue their work as private consultants teaching their trademark nutritional lifestyle program to a worldwide clientele and are currently offering their Certified Micronutrient Specialist (CMS) Professional Certificate Program through the Calton Institute of Lifestyle Medicine.  As innovators in the field of dietary supplement science, the Caltons have identified and mapped out dozens of micronutrient competitions. They have been granted a U.S patent on their original research on micronutrient competition and are the formulators of nutreince™and Origin Omega,™ the world’s first multivitamin and omega-3 supplement using this patented Anti-Competition™ technology. They have also been granted a second patent for their product SKINNYFat, a low omega 6, ketogenic oil.

Always working as a team, the Caltons are columnists, contributing editors and quoted experts in multiple local and national publications and media outlets, including FOX and FRIENDS, CNN, Wall Street Journal, CBN, FIRST for women, The New York Post, Woman's World, Daytime, NBC, ABC, CBS, NPR, Prevention and most recently the documentary feature films Bought, GMO's Revealed, and Supplements Revealed. In addition they write, Optimal Life, their blog which will cover a variety of nutritional and health related topics including diet, supplementation, weight loss, fitness, and wellness travel. Through their unique charismatic personalities and relatable qualities, the Caltons prove that two are better than one. As a couple, they bring amazing energy, personal experience, passion and knowledge to an important subject that people are just beginning to buzz about – the overwhelming health benefits of a micronutrient sufficient lifestyle.