Is there a micronutrient deficiency PANDEMIC? ARE YOU AT RISK? 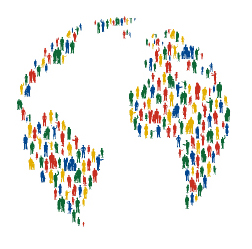 FACT: The United States Department of Agriculture states that:

When considering these statistics, the probability that you are included in at least one of the deficient groups in very high.

FACT: According to the Center for Disease Control and Prevention (CDC):

These statistics indicate that the need for vitamin D supplementation is immense.

FACT: Our ability to become micronutrient sufficient through eating the foods grown in our planet's soil is improbable because:

Sick, mineral depleted soil grows mineral depleted foods. The animals that we eat are being fed these micronutrient depleted vegetables and wheat. This means that the meat you buy is also far lower in health producing micronutrients than ever before. The bottom line is: “Sick soils mean sick plants, sick animals, and sick people.”

FACT: All of the above statistics point to the fact that a large majority of our population is micronutrient deficient and in need of proper supplementation.

While we believe that an individual's primary source of micronutrients should be from whole, natural, fresh foods, it is also our belief that reaching the recommended daily intake of all of the essential micronutrients is difficult, if not impossible through foods alone. In fact, our research shows that even when following today's most popular diet programs, designed by physicians and nutritionists, millions of people around the world are left deficient of their essential vitamins and minerals. CLICK HERE TO READ THE STUDY THAT FOUND THAT TODAY'S MOST POPULAR DIET PLANS LEAVE INDIVIDUALS OVER 56% DEFICIENT IN ESSENTIAL MICRONUTRIENTS.

FACT: We are not the only ones who believe supplementation should be recommended to fill in the nutritional gap.