Could Micronutrient Deficiency be a Missing Link in the Fight Against Overweight/ Obesity?

By Jayson B. Calton Ph.D.
Published in the Journal of the American Association of Integrative
Medicine Summer 2010 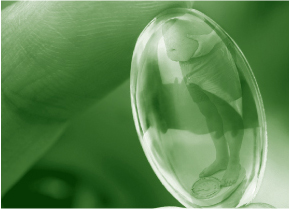 The fact is, new research is showing that micronutrient deficiency is much more of a widespread problem than previously thought. It has been proven to increase the risk factor for multiple heath conditions and diseases in both adults and children, including diabetes, high blood pressure, cardiovascular disease, and many cancers.(20) In addition, kids who start out with micronutrient deficiencies and never correct them may be putting themselves at risk for developing all of these diseases at a much earlier age. With so many people worldwide affected by overweight/obesity, coupled with the recent research showing clear links between micronutrient deficiency and overweight/obesity, it seems prudent to further examine this potential connection. When all is said and done, a micronutrient rich diet, sunlight, and proper anti-competition supplementation could turn out to be our best defense against the potentially largest, most devastating health scourge of the 21st century—the obesity pandemic.