Naked Calories is officially a bestseller reaching #1 in UK and #2 in U.S. in nutrition and healthyliving and #20 in ALL books! 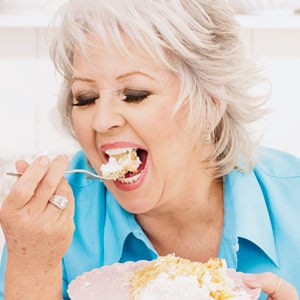 Naked Calories is officially a bestseller reaching #1 in UK and #2 in U.S. in nutrition and healthyliving and #20 in ALL books!

Ok – as many of you know we have been very busy running around New York and Boston doing book signings and TV. We want to start this blog by saying THANK YOU to everyone who has taken the time to come out and meet us and to everyone who has supported us on this journey, which in case you are wondering means YOU! We know a lot of you caught us on FOX and FRIENDS last Monday morning around 7:30 AM EST. After that show we are happy to report that on Amazon.comNaked Calories went to #1 in the UK and #2 in America in nutrition and healthyliving books and #20 in ALL books in the U.S.! So THANK YOU to everyone who went out and bought a copy of Naked Calories– we could not have done it without you.

Diabetes is on the rise!

While we were running around this last week we were inundated with requests to comment on Paula Deen and her diabetes diagnosis, so we thought we would use this blog to talk a little bit about our take on the situation. We think it is time for Paula to get NAKED! We believe that if Paula were to use the principals in Naked Calories that she would have the power to rebuild her health through improved diet, better lifestyle habits, and proper supplementation. With the shear number of people who love Paula this gives her a unique opportunity to teach others that the answer does not lie in medications, but in personal education and changing one’s habits.

If you have read Naked Calories, or heard us speak recently in the media, you would remember a few ingredients we call out as Everyday Micronutrient Depleters (EMDs). We should not be surprised that many of these foods appear in recipe after recipe on Paula’s show. One should not be surprised that micronutrient deficiency set in after a lifetime of dining on sugar, white refined flour and factory-farmed meats. If Paula were to embrace our nutrivore lifestyle and take the first step to cut out many of the highly refined/processed foods from her diet and replaced them with fresh local/organic produce,100% grass fed beef, pasture raised chickens and eggs, wild caught fish, and healthy omega 3 and CLA based fats, Paula would have a good chance at controlling her diabetes either with MINIMAL medication use or perhaps WITHOUT medication all together.

If Paula followed the second step in our nutrivore lifestyle she would incorporate lifestyle changes like exercise, stress management, and moderate alcohol consumption; these would add to her success. Finally, a properly formulated multivitamin that met the ABCs of Optimal Supplementation Guidelines would round out our the third step in our nutrivore lifestyle and and put Paula on a path for a successful – minimal to drug free program.

Are micronutrients the key to preventing and/or reversing type 2 diabetes?

Chances are as time goes on you are going to hear a lot of arguing about what kind of diet Paula should follow to control her diabetes. Some will say low carbohydrate and others will say low fat, but as usual most of the debate will center around the MACROnutrient component of her diet and most if not all of the advice will leave out the MICROnutrient part of the equation all together. But, that is why we are here…to give a voice to one of the least talked about, but perhaps one of the most important aspect to diabetes care and prevention – micronutrient sufficiency! It is important for everyone, but especially individuals who may be pre-diabetic or who have type 2 diabetes to understand which micronutrients can help them to prevent or control this devastating health condition.

Micronutrients are fascinating little things. They literally control our whole body. Where diabetes is concerned the micronutrients play a vital role in converting sugars and other carbohydrates in our diets into usable energy, regulating metabolism in general, and even talking to our gene, causing some to turn on and others to turn off. If we are deficient in our essential micronutrients this gene signaling and metabolism regulation can suffer and our chances of developing a chronic disease like diabetes can increase greatly. This is why we continually urge everyone to become micronutrient sufficient – when our bodies have a sufficient supply of essential micronutrients it can do what it was designed to do – keep us healthy!

So which vitamins and minerals are most effective at protecting us from insulin resistance (IR) and diabetes? We have listed a few here, but remember we need ALL the essential micronutrient in a sufficient quantity to protect us from poor health and disease.

Chromium – Chromium deficiency has been closely related to diabetes for a long time. Dr. Walter Mertz M.D. former director of the USDA Human Nutrition Research Center, was a major proponent of chromium. He discovered that chromium played a key role in carbohydrate metabolism, possibly by participating in the formation of a special compound, which he named “glucose tolerance factor,” or GTF. In 1959, he stated, “Type II Diabetes is not a disease. It is the lack of a natural ingredient known as GTF Chromium.” GTF is comprised of chromium (perhaps the most active component), nicotinic acid (vitamin B3), and the three amino acids that make up glutathione (glycine, glutamic acid, and cysteine). Make sure your supplement uses chromium polynicotinate, because this is biologically active form of chromium and it is already attached to B3. In addition to GTF potentiating the effect of insulin, it also seems to help lower elevated serum cholesterol and triglycerides.

Magnesium – This micronutrient could be a real game changer for diabetes. Magnesium plays a key role in the regulation of insulin and is one of the most commonly deficient micronutrients in insulin resistant and type 1 and 2 diabetes patients. However, in two studies published in the Journal Diabetes Care, when nearly 170,000 men and women were followed for 12 -18 years those with the highest intake of magnesium (between 300-400mg daily) were found to have significantly lower risk for type 2 diabetes even after the researchers accounted for age, weight, physical activity, smoking and family history!

Calcium – We may not typically think of calcium being associated to diabetes, but don’t forget the crave cycle (page 181 in Naked Calories). When calcium and/or magnesium are deficient this can cause a physical craving for sweet and/or salty foods. These cravings can lead to poor eating habits and eventually could contribute to insulin resistance and type 2 diabetes.

B3 – There are two forms of vitamin B3, niacin and nicotinamide. Nicotinamide is vital for optimal carbohydrate, protein and fat metabolism.

B6 – Vitamin B6 may be able to protect you from diabetes related complications and may improve glucose tolerance, particularly in gestational diabetes.

B12 – Separately from the super team above is essential for proper nerve function. Adequate vitamin B12 levels may help to prevent the nerve damage (peripheral neuropathy) that can occur with diabetes.

Manganese – A manganese deficiency is often found in diabetic people although science is not sure why. Becoming sufficient in this essential micronutrient can help protect LDL cholesterol from being oxidized and eventually becoming plaques in the arteries and may help with diabetes and insulin resistance.

Vitamin C – In people with diabetic hyperglycemia an accumulation of a kind of sugar called sorbitol can lead to complication in several organs including the kidneys, eyes, and nerves. In studies on insulin dependent diabetes mellitus vitamin C was considered to be superior in normalizing sorbitol levels when compared to drugs used for this same purpose.

Vitamin E – It is a powerful antioxidant that can neutralize the damaging free radicals that are formed during hyperglycemic states. Research also shows that being deficient in vitamin E may increase the risk of developing type 2 diabetes.

Vanadium – This micronutrient has been shown to help with the uptake and metabolism of proteins, lipids and glucose as well as increase cell insulin sensitivity.

Don’t get caught up on specifics here, this isn’t a nutrition class. We just want you to see that having a conversation about diabetes prevention or control without taking into account how micronutrients fit into the equation is really only looking at half of the problem.

We love Paula, and we would love to see her empower her fans with nutritional knowledge that proves to them that they are the ones in control of their health, rather than share a message of helplessness and dependency on drugs. Good luck Paula – we wish you the best of luck!

For those of you who may have missed our FOX and FRIENDS segment you can watch it HERE.Also, we have done some amazing podcasts with some of the best in the business. You can listen to those by clicking their names below:

Beyond Diet with Dan Rodriguez

To Your Good Health with Dr. David Freidman