Some think sugar should be regulated like tobacco and alcohol, but could education work better? 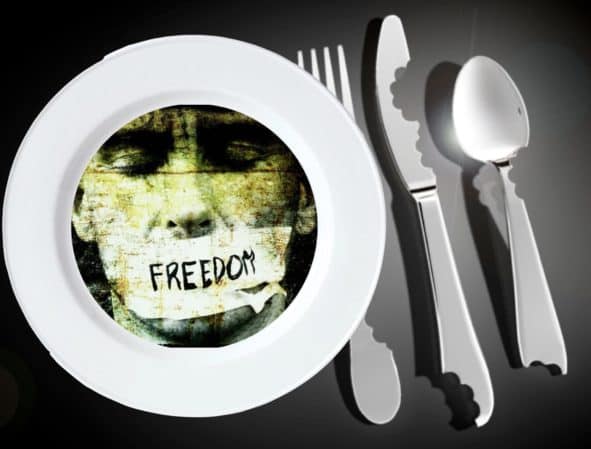 Control is the name of the game.

Whether in business, politics, or our personal lives, whoever is in control is in charge, you could say, they have the power. Most of the time, those in control create rules and regulations concerning whatever it is they have control over. Oh, and associated consequences or punishments for those who do not follow their rules and regulations. When it comes to your health, you want to be in control…don’t you? Do you want to be told what you can eat and what you can’t? What you should weigh or how much you need to exercise? Now, we will be first to say that we have a health crisis here in America and that there is a lot that needs to be done to get Americans moving towards a healthy future, but is government regulation really the answer?

So here is what is being proposed. In a comment article published on February 1, 2012 in Nature authors Robert H. Lustig, Laura A. Schmidt and Claire D. Brindis argue that “added sweeteners [like sugar and HFCS] pose dangers to health that justify controlling them like alcohol.” They go on to say sugar is just as “toxic” for people as alcohol and tobacco, so the government should step in to curb its consumption. In a CBS news piece the authors are quoted as saying “Sugar meets the same criteria for regulation as alcohol, because it’s unavoidable, there’s potential for abuse, it’s toxic and it negatively impacts society.” They continue by saying that, “Sugar is everywhere, and people eat up to 500 calories per day in added sugar alone, Sugar acts on the same areas of the brain as alcohol and tobacco to encourage subsequent intake, and it’s toxic because research shows that sugar increases disease risk form factors other than added calories, such as when it disrupts metabolism… That’s why it’s time that the government steps in and regulates sugar in ways similar to tobacco and alcohol.” That includes taxes, age restrictions and other policies to control the distribution of sugar. “There has to be some sort of societal intervention. We cannot do it on our own because sugar is addictive. Personal intervention is necessary, but not sufficient.”

According to CBS news HealthPop, Dr. Marion Nestle, professor of nutrition, food studies, and public health at New York University, agrees that it’s time for policy changes, since many Americans take in roughly 25 percent of their daily calorie intake through sugar. Nestle when on to tell CBS news that she thinks regulation could eventually be possible, since many local governments are already enacting policies to curb sugar in schools or tax sodas. “If you have enough of those, the federal government can step in.”

Today it is sugar, but what comes next?

Ok, so we now have a clear picture of what is being proposed, and we all know sugar is bad for us or at least we hope we all do. In Naked Calories we reveal sugar’s numerous anti-nutrient, micronutrient robbing traits that can eventually lead to obesity. However, while most of us can agree on sugars dastardly existence, we need to think long and hard before we hand our freedom of choice concerning our food over to the government – don’t we? In the article sited above,they are comparing sugar [a carbohydrate] to alcohol and tobacco, but alcohol and tobacco are not foods. Here is the worst case scenario, first they say sugar is bad, and while most of us would usually stand up and give this a standing ovation, what happens when a year or two from now, government says – well, we are already regulating sugar a [bad] form of carbohydrate so why don’t we regulate saturated fat a [bad] form (according to some) of fat, or casein, according to Dr. Campbell of The China Study and Forks over knives (and others), a [bad] form of protein?

People who are looking to gain control always start with the obvious win. Sugar is an easy win. Even we, right now, feel very strange arguing against sugar regulation, but it is not because we are pro-sugar, it is because we are pro-choice! We agree that their needs to be an effective advertising and education program as to the dangers of sugar, but we cannot let them micronize the situation. Sugar is only one of the culprits out there robbing us of our health. We need to think on a larger more realistic and sustainable scale if we are going to get America’s health back on track.

Many point to the taxation on tobacco in Canada and its positive effect on reducing tobacco consumption, but that taxation came with a very effective advertising and education program. Are we trying to say that somehow taxation overcame the addictive nature of cigarettes, or could the education program have caused Canadians to rethink their habit and make a conscience choice to stop causing them selves and others harm? Most importantly, and we cannot stress this enough – tobacco is not food! Some people say, wow, this is great, finally the government is going to do something about this problem by taxing and put restrictions on high sugar foods – it’s about time. Even though sugar is found in many foods these days, can’t we, with a little effort, avoid these foods on our own without government intervention?

Government regulation of tobacco and alcohol is one thing, but government regulation of our food is not even in the same universe! We think its time for all of us, to start to take responsibility and control of our own health. There are many strong and intelligent voices in the nutrition world today that can be our guides through this learning process. The dietary philosophy you choose to follow is a personal choice and it should be yours and yours alone to make. There is simply too much special interest in government to effectively regulate our food without bias.

Your health is in your hands…for now.

So here is our bottom line. Our ability to chose which foods we eat and which ones we don’t may be one of the most important freedoms we have left. That is because our ability to be healthy solely depends on our ability to derive our essential macro and micronutrients from our foods.  While we do not think that there is any intention by the government to use this regulation in a detrimental way, and we agree that less sugar consumption could do nothing but good for our society, it does open the door to future policies concerning certain types of fats and proteins that may not be so clear cut. What if instead of sugar, this was a regulation of red meat, dietary supplements, or a regulation against raising your child as a vegan or strict vegetarian? While there are those who may find pros and cons on each side of these issues, we as American citizens still have the right to choose for ourselves where we fall on these issues and act as we see fit.

Plato wrote the following line in his work “The Republic,” around 380 BC “Quis custodiet ispos custodies,” which translates to “Who shall watch the watchers themselves?” Food is not cotton, it’s not tobacco, it’s not gold or any other unessential commodity, it is food! Its what nourishes us, keeps us alive, and is what is supposed to keep us healthy. We urge you to think twice before giving away your right to choose the food you eat. Remember, the day we give away control of our food will be marked in history as the last day we had control over our own health.